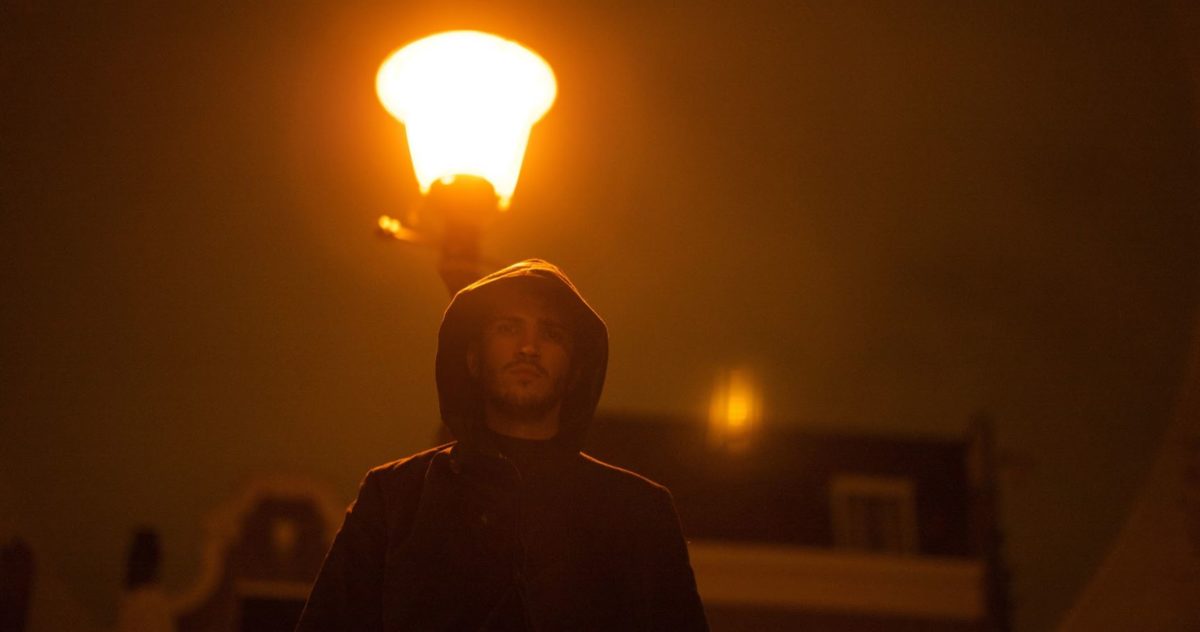 Friday 20th of December Clash invites Danny Daze to plays at club OOST. This producer, dj and Omnidisc label boss has a diverse taste for music and entrepreneurship. That’s why we decided to give Danny a call to see what he has in store for us. Luckily for us, he picked up the phone.

Hey Danny! You’ve been in the business for quite some time. Has it changed since you started out you feel like?

It definitely has and that has to do with social media being a prominent aspect of bookings. Like everything though, one must be able to adapt and embrace. Musically, things are at an extremely interesting point where the oversaturation has caused people to strip back a bit and get back into the basics.

Your DJ sets are often quite high-energy. Do you also find yourself looking to lock into a calmer groove from time to time as well?

DJ sets have many variables. How the venue looks, the lighting situation, what time you’re playing, how long, the sound system quality, et cetera. For the most part though, I tend to try and go as deep as I can without losing the crowd. It’s been like that since day one and it’s what I enjoy doing the most: seeing how far we can experiment. There’s no better feeling than being completely locked in on a six plus hour set with a crowd that’s willing to go for the ride.

When a crowd is tough or not in a fitting state of mind, do you have a signature move you can always fall back on to get them going?

As much as I’d like to say I do … I really just don’t and sometimes you need to accept that the crowd is simply not feeling it. I usually tend to reset a room completely by throwing a couple of curve balls at them and seeing what they react to. One thing I usually like to do though is get to the club earlier and soak in the vibe of the room just to see how far we can take this and gauge the energy as best as possible.

What’s an upcoming artist you’ve recently fallen in love with?

There are quite a few out there, but I’m really enjoying the wide spectrum a couple of buddies of mine from Miami named INVT are doing. They range from downtempo trip hop to techno to footwork. All really well produced with proper song structure and focus. Another one is Poorgrrrl who I’ve known for a while.

She’s on a completely different level with her experimental sound and has one hell of a live show. Then there’s Nick Leon, who’s taking reggaeton, hip-hop and IDM and just blending everything together.

Goiz is another artist I hear doing extremely interesting stuff and taking a different approach to music in general. These are all Miami artists so I guess you can say I’m excited as hell about what’s being spun up out of our city.

As an entrepreneur, what is your biggest fail which in hindsight was necessary to get you where you are now?

Not exactly sure if I consider myself an entrepreneur, but I’ve definitely had some lessons worth quite a bit. The biggest one I can think of was early on when I got out of house arrest, I told myself I was going to chase money thinking money would make me happy.

At this time I basically left electronic music all together and started playing a completely different scene. The open-format scene was very young at the time so while it was fun at first, it definitely felt like I sold my soul to the devil. That’s something I’ll never do again.

When it comes to this electronic music scene, I learned a pretty valuable lesson as well: trust your gut instinct and don’t care to ask other’s opinions on your work. When it comes down to it, a friend liking or not liking what you’re doing may subconsciously change your thought process and the initial idea you were aiming for. While this may work for some artists, I noticed this often has the complete opposite effect on me.

Your parents are originally from Cuba. In what way do these roots influence your music?

Syncopation and randomness. Salsa and Merengue are genres I listened to as a kid. One thing I know I gained through years of having that music blaring in my home was picking up on syncopation when it comes to drums, and absolute randomness: things coming in or dropping out, out of nowhere. I always try to incorporate this in both production and DJ sets.

The Cuban community in your hometown Miami is quite substantial. Which aspect of this culture, besides music, do you value the most?

Cubans are some of the most welcoming people I’ve ever met. I noticed real quick as soon as I started traveling that even within the US things like hugs and kisses on the cheek were not that common.

To this day I still need to constantly remind myself to not go up to a person I met three seconds ago and give them a kiss on the cheek or even a hug for that matter. I do value the fact that it’s in me though and I feel it’s one of the reasons I’m able to open up rather easily to people.

Any things or habits from back home that you find yourself bringing on the road when touring?

Hell yes: food, a very specific plate. We call it “arroz con huevo frito” (fried eggs and white rice). We throw a banana in there and have that salty vs sweet balance that makes Cuban food what it is. So yeah when on the road, if I’m in Australia or Africa for a week or two, I make sure I’m able to cook this up at some point.

I read somewhere that you used to play tennis and were pretty good at it. Why did you pick music and not sports as a career?

Does the discipline required for sports benefit your mindset as a musician?

The discipline I had going into the game of tennis – which is a game of millimeters – is the exact same mentality I have when it comes to music. I need to work hard and not expect for things to happen easily. They never have for me and I’m perfectly comfortable with it.

Being from Miami and not exactly having a close group of peers that you can collaborate with or bounce ideas off of, helps you build a thick skin and keeps you focused. The harder you work, the harder it is to surrender.

Your label Omnidisc came a long way to become the respected label it is today. What are some aspects or challenges of running a label that you did not foresee before you started it?

The label has been something I’ve been wanting to restart for a while. I had one in the mid 00’s called Omniamm and I’ve always felt some sort of void since being forced to drop it because of vinyl sales declining. Today’s challenges are quite different though.

Again, going to my previous statement about social media being a prominent aspect in bookings: some of the artists I release don’t even have social media, so this does cause a bit of a blip in the radar when it comes to putting together label nights. Nothing that can’t be handled, but definitely a bit of a challenge at times.

Are there any particularly exciting releases coming out in the near future?

We’ve got three releases on the horizon, the first one in late January will be by Anthony Rother. He took a different turn on this release and made quite minimal techno and electro compared to his last release on the label. Then we’ve got Wata Igarashi, then Dean Grenier. Somewhere in there I’ll also be dropping a collab EP on the label.

Sounds very exciting. Thanks for the interview, looking forward to your show at OOST!