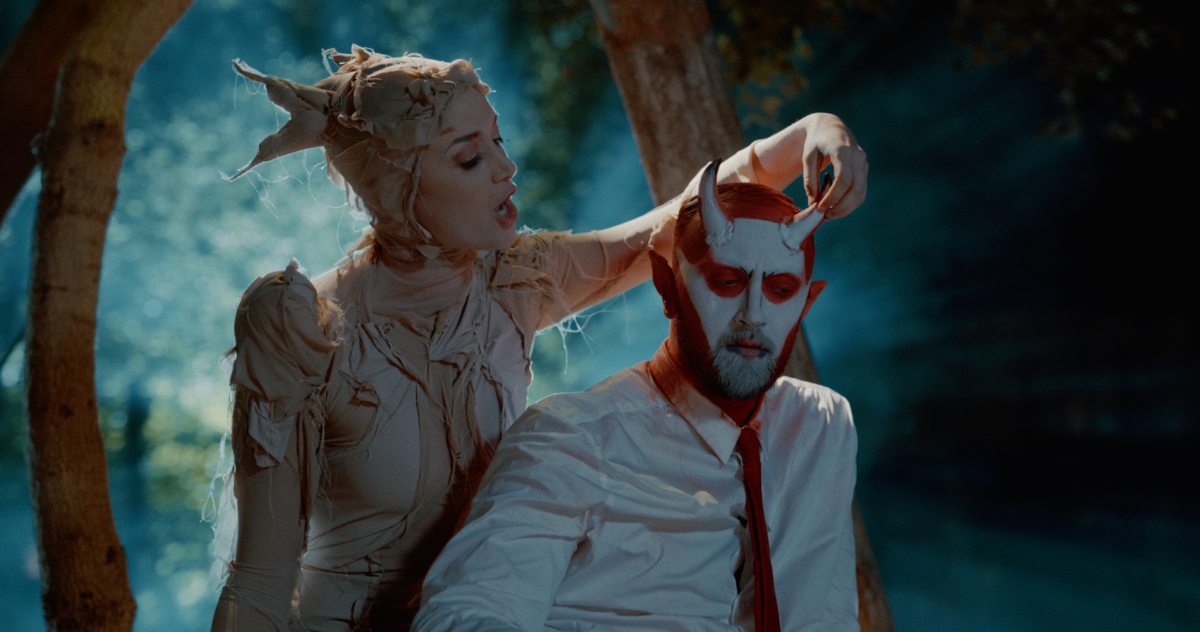 How about a sex movie that’s actually a mirror in which we look our flaws in the eye. But wait that’s too deep for being perverse. That’s right, because it’s not what you think it is. ‘Safe Sex‘ by Teddy’s Last Ride is not just a movie. It’s a mixture of dance, cinema, and a journey to self-discovery. Yup, that’s what we call art. Editor Sofia had the chance to talk to the Teddy’s about their brainchild.

After having worked on their latest production ‘Safe Sex’  a whole year dance and performance collective Teddy’s Last Ride was excited to finally share it with the world. But then Corona turned everything upside down. “It feels like ‘Safe Sex’ is the event that never happened,” Agnese Fiocchi who is the creative producer of the Teddy’s writes in one of her mails to me. I had the chance to meet Agnese and her colleagues Andy Smart and Manuel (Manu) Kiros Paolini, three of the creative minds behind ‘Safe Sex’.

Not a sex movie, but a journey

Essentially ‘Safe Sex’ is a multidimensional journey to self-discovery, that starts as an art film but then quickly morphs into a more of a music video, I learn during our video call. The piece is about a girl that gets hit by a car and goes into some blackout, void space where she is confronted with her own sense of dark morality. It’s about god, who is a DJ, and the devil. “The devil is me playing a politician, a salesperson and all the things on TV that make us so fucking anxious,” Andy reveals. He adds: “It’s about integrating the shadow, it’s about facing the beast.”

While the artist describes the essence of the plot my head starts to spin, just listening to it. With his character, the white faced devil, Andy wants to illustrate how all of us contribute to a system of media, stimulus and algorithms, which he says, accelerates one’s fear, terror and confusion. “I’m precarious to place myself in a position of victimhood and want to demonstrate the ways in which I’m responsible for my own madness,” he points out.

It’s difficult to assign their production ‘Safe Sex’ to a genre. It’s neither a comedy, nor a drama but somewhere in between. Manu explains: “It’s bittersweet. It’s colourful, it’s fun and has some ironic moments but also some intensity. It’s a bit like this dream that starts really happy and ends up very dark and you realise everything is fake but still think it might have been real.” Together with the other dancer Mohamed Boujarra,  Manu represents light and darkness. “We are more of the gnostic, symbolic characters of humanness,” he says.

As we chat it almost starts to feel as if I’m there on the couch with Andy and Manu, who currently live together in an anti-squat building that was formerly utilised as a pre-school. The two of them certainly have a presence that is out there. “Manu and I are not professional drag queens but we do love to dress up. I know we look good as women,” Andy says confidently.

Originally the premiere for ‘Safe Sex’ was planned for March, a week before the intelligent lockdown was enforced in Groningen. Their show was supposed to be a rave performance. “The least Corona-proof event you can imagine,” Manu tells me. “A lot of touching, a lot of sweat and a lot of close proximity work,” Andy adds with a cheeky smile. Consequently the producers had to adapt the event’s format to comply with ‘the new normal’.

According to Manu this gave them the chance to rethink what ‘Safe Sex’ is. The team worked hard to figure out how they can put up a show that lives up their standards of high quality while also making sure it really is safe for their audience to participate. “We asked ourselves how we want to present our work in this post-apocalyptic world,” says Manu.

Their new plan was to showcase the performance inside night club OOST on the 13th of November as part of theater festival Jonge Harten. Turning their show that is supposed to be very inclusive of the audience into an online event was not an option for the Teddy’s. The ambition to still create a connection with viewers led them to turn their production into a hybrid film installation.

“The idea was that the audience can still experience a live performance with a limited amount of actors,” Manu explains. “The cinematic imagery is used to develop a story that is happening live between two performers,” adds Andy. According to the artists ‘Safe Sex’ has become a “mutant of a project” that is now standing somewhere between film, live theater and something that could fit in a gallery.

But then recently another blow followed: Jonge Harten got cancelled, again due to Corona. “We were really looking forward to be at Jonge Harten because it’s one of the first festivals where we performed. Throughout the years we built a strong bond with Marc Maris, the artistic director of the event. This was going to be his last year as director so it’s a real bummer that there will be no premiere within this context,” says Agnese.

Despite all these setbacks the Teddy’s still seem positive. During the past five years they have evolved and grown up together. According to Andy their job is not something you can really prepare for or anything you can learn at university. “You have to have your shit together, you have to know when you’re not having your shit together. This job is a lot less glamorous than it looks on screen. Nonetheless, the past five years have been extremely rewarding,” he tells me.

Absolutely nothing about anything

All three of them Agnese, Andy and Manu are very passionate about their job but don’t take themselves too seriously. The performers seem very much down to earth and humble about their work and its impact on their audience. ‘We chose art to be able to do absolutely nothing about anything’ it says on their website, a statement that very much represents their take on theater.

“Our work is not an answer to the world’s problems. None of us sit on gold thrones when we come home. In theater there’s smoke and mirrors and we want our audience to know that we’re aware of this,” says Andy. Manu confirms that it’s not their ambition to teach anything or push something in the audience’s face. “It’s more that we present our personal experiences, our personal learning and it’s there on the table and you can use it as a tool,” he says.

Getting lost in the sauce

When I ask them what viewers can expect from their live installation Andy’s answer is “To get lost in the sauce.” What he means by this is that the production is made up of lots of layers. He compares it to an image you see right before you die. “It’s like your life flashes before your eyes. Either you like what you saw or you didn’t.” Manu laughingly exclaims: “It’s a bit like every production is a different kind of nightmare.”

The creators believe that the underlying idea of looking inwards and working on yourself instead of trying to find an enemy on the outside is what inspired the urgency of their piece and what makes it so relevant today. They say it’s an invitation to “re-adjust your archetypes” with pointers hidden beneath the hilarity of monologues, pop aesthetics, rap music, swearing and angst.

‘Safe Sex’ is the first movie production by the Teddy’s. “We really want to make sure that we get the live installation up and running because we miss the communal performance space and the communion of what art is,” Andy says. “We took a risk with this production but we’re  really looking forward to finally sharing it.”

If everything goes according to plan, considering the COVID measures, there will be a tryout of  ‘Safe Sex- The movie’ on the 21st of November at the Grand Theatre.