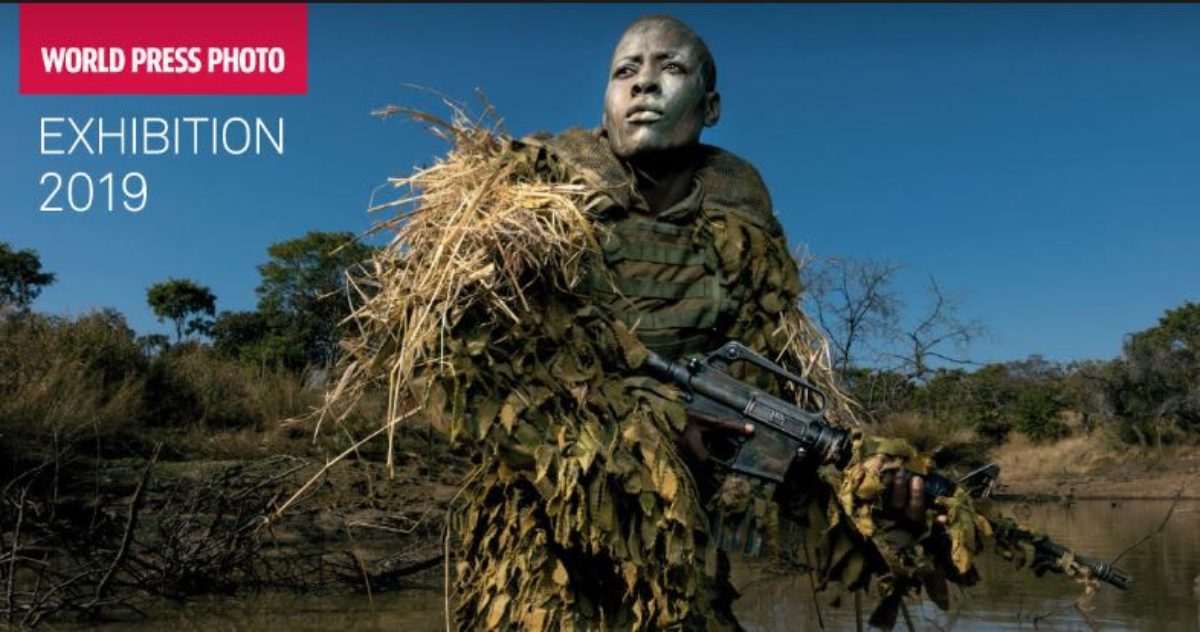 Sofia visited the opening of the World Press Photo Exhibition in the synagoge of Groningen. As she looked at the photographs she submerged in parallel universes. All showed her something different, every picture made her look through the eyes of another.

I’m outside on a big field, there’s trash all over the place. There’s so much garbage, mostly plastic, that it’s impossible to make out the ground. It’s one big wretched mess. The only thing that sticks out from the grey fragments of litter is a mattress. It’s floating in the bits of trash, like a raft. On the mattress I spot a little boy who’s holding on to it. I feel powerless, I want to help the boy but don’t know how.

Suddenly this train of thought gets interrupted.  “Would you like to try the mushrooms stuffed with blue cheese? They are amazing.” One of the waiters holds up a tray filled with appetizers and smiles at me. I’m at the opening of the annual World Press Photo Exhibition far, far away from the boy on the mattress.

A picture paints a thousand words

For this year’s edition 4738 photographers from 129 countries submitted their best work to be judged by an independent jury. Divided into different categories from sports to wildlife and sustainable energy the exhibition covers a wide spectrum of global issues.

The fine line between hope and hopelessness was illustrated through the composition of the photos. Some of the stories that are told through the images are utterly sad, some of them optimistic and others plain disturbing.

I learn about Iranian girls that were not allowed to play football but dressed up as men to play anyway, about Bob, a rescued Caribbean Flamingo and refugees that lost loved ones while trying to cross borders. Visiting the exhibition stirred up my emotions. Why don’t we help our fellow people more often?

I was not quite sure what to expect before coming to this event, but I must say that I was swept away by the boldness of the images. They don’t try to use euphemisms but instead show an untouched version of reality. Especially in times of Instagram and co, users mostly come across content that shows snippets of seemingly ‘perfect lives’, causing a dissociation with reality.

The selected images at the exhibition are extremely arresting, making you feel like you’re inevitably getting sucked into the shown scenes. In this sense the impressions shown at the World Press Photo Exhibition disrupted the idea of perfection, instead pursuing the journalistic idea of searching for ‘truth’. What it definitely did, was set me thinking.

The world through the eyes of another

As the big board in the hall of the synagogue says: “Art means looking at the world through the eyes of another. Call it expansion of the mind: Art makes the world a more beautiful place.” Visiting this event will make you expand your mind for sure. I still think about the boy on the mattress in the ocean of plastic sometimes.

Go see for yourself. The exhibition takes place from 15th of November until the 08th of December in Groningen’s Synagogue.