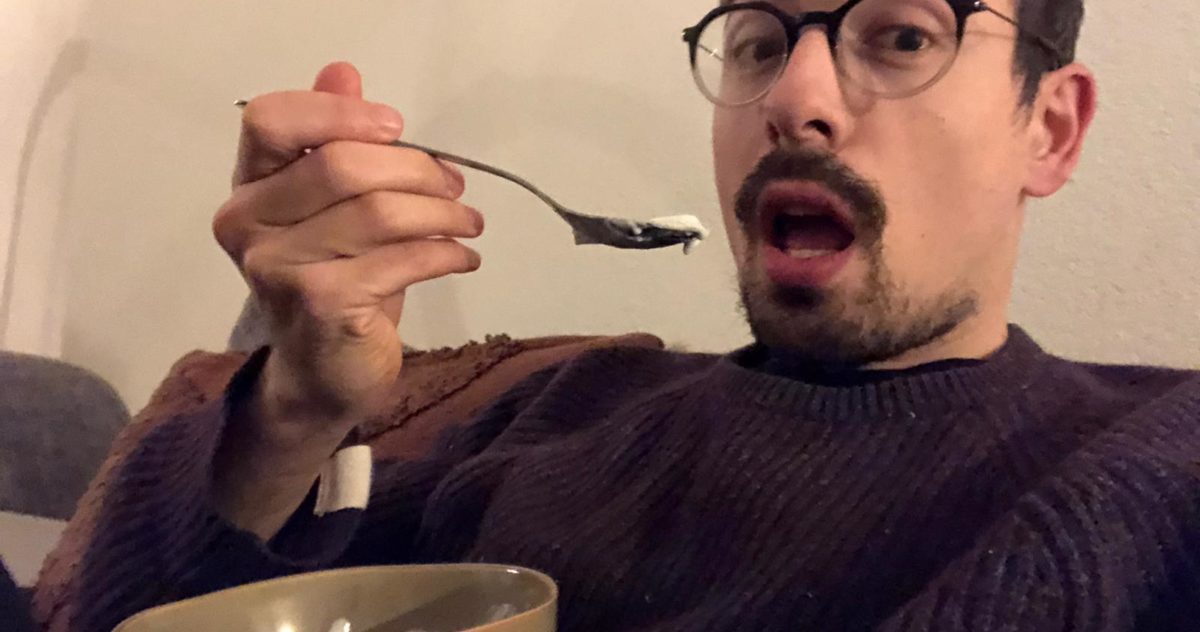 We decided to wake up the founder of Brain Fuel. Friso Visser is an entrepreneur and the creative mind behind this start up. He made it his mission to help organizations come up with innovative solutions during brainstorming sessions.

According to Friso, brainstorm meetings often end with a bunch of colorful post-its on a wall that will eventually be forgotten about and end up in the trash. With their unique method that is also used by some major companies in The Netherlands as well as overseas, Brain Fuel wants to revolutionize the common approach of brainstorming, revamping the process of creative thinking.

Good morning Friso! When do you wake up and how do you usually start your day?

Normally I would just wake up 10 minutes before my appointment, do what’s left of my hair and go to my meeting. This changed a lot during the last couple of years. I don’t have an office at home anymore and I have two young daughters. Now I wake up around 6 in the morning because the kids want to play.

Wow, that’s pretty much in the middle of the night.

Yeah, that’s true but with kids as cute as mine, I don’t really mind. Although sometimes when they aren’t home, I should be able stay in bed longer but still wake up at 6 anyway.

Yeah, at one point you just have this internal clock. Are you more of a snooze person or do you get up straight away?

I used to be a snooze person but nowadays I wake up right away and just ignore the time. I’ll grab my laptop or my Nintendo Switch and I forget about the clock for a while. I’m not really into yoga or something but I try to start my days in a more mindful way. I try to take about half an hour just for myself, or until my girlfriend starts yelling that I need to make breakfast or dress the kids.

Nice! So, would you say that you’re more of a grumpy person in the morning or are you one of those people who get up and are immediately happy and full of energy?

Depends on whether it’s during the week or on weekends. Throughout the week I’m pretty enthusiastic in the morning. But in the weekend I get grumpy sometimes. I feel like I deserve some rest because I’ve been working hard all week, but my kids still stand in front of our bed at 6 am, ready to be entertained. But on weekends you can say ‘Alright, let’s have breakfast one or two hours later and let’s chill in bed with the four of us together for a bit.’

Especially now with this weather weekends are just made to be spent in bed, aren’t they? Can you tell me how your perfect morning would look like?

I love this question. I’d like to wake up when I want to, so there would be no alarm clock. There would be some jazz music playing on an old record player with that classic crackling sound. Also, I won’t ever have to flip the record, someone else would do that for me. There would be a huge bowl of yoghurt with fresh fruit and nuts. And let’s add a shisha to that.

Sounds like a good mix, I could get on board with that. You already said that for a perfect morning there would be a big bowl of yoghurt, is that your favorite breakfast, could you eat it every morning?

The weird thing is I just told you about this breakfast but actually I’m a terrible eater in the morning. I’m simply not hungry. But if I would have to choose something it would be the yoghurt with fresh fruit and nuts. And bacon!

On top of the yoghurt?

No, I try to experiment but that might be a bit too much. Just plain bacon. I’m a vegetarian at home but when I’m out, I’m a sinner. I just grab a plate and fill it up with bacon. I’m not joking, I love bacon, especially the crunchy pieces. The fact that we don’t eat meat at home makes it even better when I get the chance to eat some. Sometimes it’s good to sin a little bit, right?

You mentioned Jazz earlier, do you have a favorite wake up song?

I’m a huge music buff but it really depends on my mood. I love Yellow Magic Orchestra, it’s a Japanese Band from the 70s and 80s. It’s incredible because it’s weirdly nostalgic to me. I listened to 80s music too much but then a couple of years ago I discovered Japanese eighties music. I don’t understand a single word, but the tunes are great! They have loads of classics that we don’t know so a whole new world opened up to me.

Oh wow, I might actually check it out, that sounds interesting. But why Japanese?

Well, I’m part Asian and I always felt a certain connection to all good things from Asia. Although what is currently happening in Hong Kong really pisses me off. Can you write that down? What the Chinese Government is doing makes me mad as hell.

Dear Chinese Government, if you’re reading this…no jokes aside. Let’s talk a bit more about nostalgia. If you could go back in time and meet your sixteen-year-old self, what advice would you give yourself, if any?

I would say don’t listen to anybody. Kinda ironic, giving the advice ‘Don’t listen to advice.’ No, but I’d tell myself to do what you think is right and not what other people say you should do or how things should go. Listen to your gut. Trust your instincts.

That’s a good one. We often put expectations of other people over our own happiness.

Yeah that’s true. I feel like a lot of people don’t listen to their gut feeling, trying to act normal and don’t question the status quo.

‘Act normal’ What does that even mean?

I have no idea, but I think I’m normal. At least that’s what my doctor said.

Okay, I already arrived at my last question, is there anything you’d like to share with our readers?

I have this very lovely playlist filled with Japanese music from the Eighties. But also, I’d like to stress that creativity and realism go hand in hand, they are not enemies of each other. If you really want to change the world for the better, realists and creative people must work together to come up with the best solutions. This was my speech.

That’s beautiful, very poetic. Thanks, Friso, have a nice day!